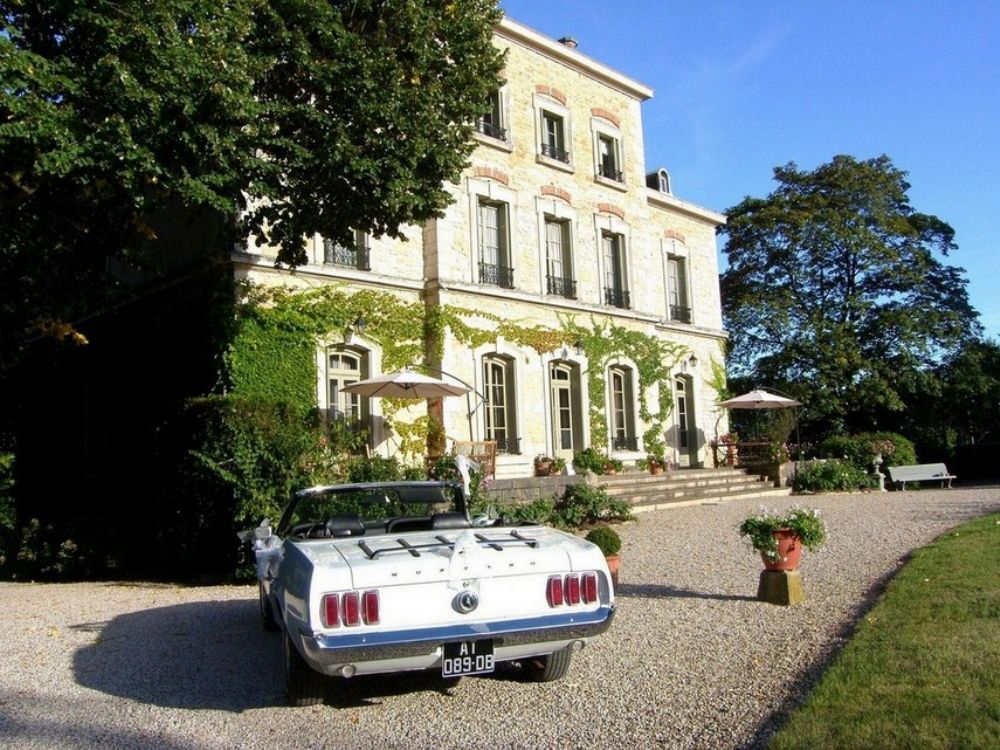 Built in 1850 in Burgundy stones, it is positioned south-west surrounded by extensive grounds (3 ha) with a wide impressive view on the Beaujolais. Respecting the spirit of a family house, it is part of the former principality of Dombes with capital Trevoux. Beaujolais wine was the daily wine of monks in the Middle Age.

What do you want to do ?
New mailCopy

The hornbeam – in Latin: “carpinus”- is a pretty tree up to 25 meters high, with deciduous and alternate leaves: they become brown in the Fall but stay on the tree until Spring.

The Château des Charmes is located in a rich and various cultural region.

Situation : Crossroads between Paris and the Mediterranean sea, between the Alps and the Auvergne.